When the lifts close in Morzine at the end of the summer you’d assume the trail teams just down tools and head off on holiday right….? Well, actually, you couldn't be more wrong!! This autumn we’ve seen the trails we’ve been thrashing all summer long get a full knocky rebuild and they’re looking amazing!

Summer 2022 was one of the driest on record with barely any rain all summer! In the 20 odd years we’ve been riding bikes in the Portes du Soleil we’ve never seen dust like it! As awesome as this was, it actually made things super difficult for the trail teams as the ground was too dry to build anything, i’s pretty hard to make a berm or a take off out of nothing but dust.

The arrival of interseason has fortunately brought some much needed rain with it. Ceasing this opportunity the trail teams have jumped at the chance to give the tracks some serious maintenance before the winter snow arrives. We’ve seen the likes of Pleney, Super Morzine, Serraseux and Chatel getting a full resurface with some beautifully crafted berms and lips. The teams have been hard at work cutting out the breaking bumps, smoothing out the existing lines and it looks like there will be some freshies going in for Summer 2023 too!

Alpine environments provide tricky trail building conditions and getting trail work and maintenance done in Autumn is seriously key Over the winter the weight and moisture of the snow will pack this new trail work down and bond the fresh dirt to the existing layers in the ground, creating solid and well bonded features that will last far longer. In comparison to Spring/summer trail work, where the new work barely bonds to the existing solid group and is easily ripped out by tyres and all of those skidding through berms for instagram clips. The knock on effect of this autumn trail work means, less of the dreaded breaking bumps and less time maintaining trails in the summer for the trail crews. Less time maintaining trails = more new trails, so this is a serious win-win for everybody!

Trail work on one of Les Portes du Soleil busiest lifts is a mamoth task for the tiny team made up of one man and one woman! These guyshave given mainline (Pleney black) the full works this autumn. Mainline was actually one of the best maintained trails in the area in summer 2022 and it was an absolute delight to smash the Santa Cruz v10 down, which made light work of the breaking bumps and appreciated the supportive corners! We’ve seen the team hard at work through all weathers getting mainline looking better than ever. Huge new berms have sprung up and the wooden double into the woods near the top has been completely reshaped. I think you’ll agree it’s looking spectacular and a huge hats off to this small team for putting in the work!
‍

The guys from Avoriaz MTB have also been going hard on the tools. The Avoriaz MTB Team looks after Super Morzine, Serraseux, Avoriaz and Les Linderets, which makes up a whole load of trails to keep running well! Always one of the most pro-active trail teams around, Avoriaz MTB have been busy resurfacing and rebuilding all our favourite turns and jumps. I don't think anyone will have ever seen the trails of Super Morzine and Serausaix looking as smooth as they do right now. Hattock saw a whole new top section go in last interseason and the super dry conditions made it technical, fast and ridiculously fun this summer! The lower sections of Hattock have been seeing some love and as you can see from the pictures there's some nice new features in there too.

The fun flowy tracks on the Seraussaix side of the hill are also looking very loved right now with many of them receiving a full regrade. Summer 2022 saw the addition of a new lift and two new trails that provided a super fun return option for those heading back from Avoriaz/Chatel. These trails were super playful and loamy and we’re hoping for more of the same for summer 2023!

We've also received some sneak peaks of a new trail being put in by Avoriaz MTB, who aren't giving much away about the location but we're pretty sure it's Les Linderets!
‍

The team in chatel have also been putting a huge shift in. The fast flowing berms and lofty booters we all know and love have also seen their fair share of the backside of a shovel in recent weeks. Vinkline and many of the other tracks are really looking in ship shape after their autumnal smackdown. Gone are the stutter bumps and brake ruts, all being replaced by a fresh layer of super smooth clay. Some of the wooden features found on the lower slopes in the woods are also getting a full knocky rebuild with new structures going down before the snow arrives!

The bike parks of Champery and Morgins have the longest season of any of the parks in the PDS and they only just closed for the season (they close in mid October and that is very much what we like to see). The trails in these two parks are always some of the best maintained in the whole region and although we haven't been able to get over there in recent weeks we know they are getting all the due care and attention they deserve!

Les Crosets has also been receiving a complete rebuild on it's flow track, check out the footage here.

After one of the best seasons in hsistory Summer 2023 is already shaping up to possible even top that! Perfectly groomed trails and a sh*t tonne of new stuff to ride and explore. There's bound to be a fully packed events calendar coming soon and we’ll be back with the epic mates race series too. We are now taking bookings for summer 2023 so what are you waiting for, get in touch with our friendly team by clicking here! 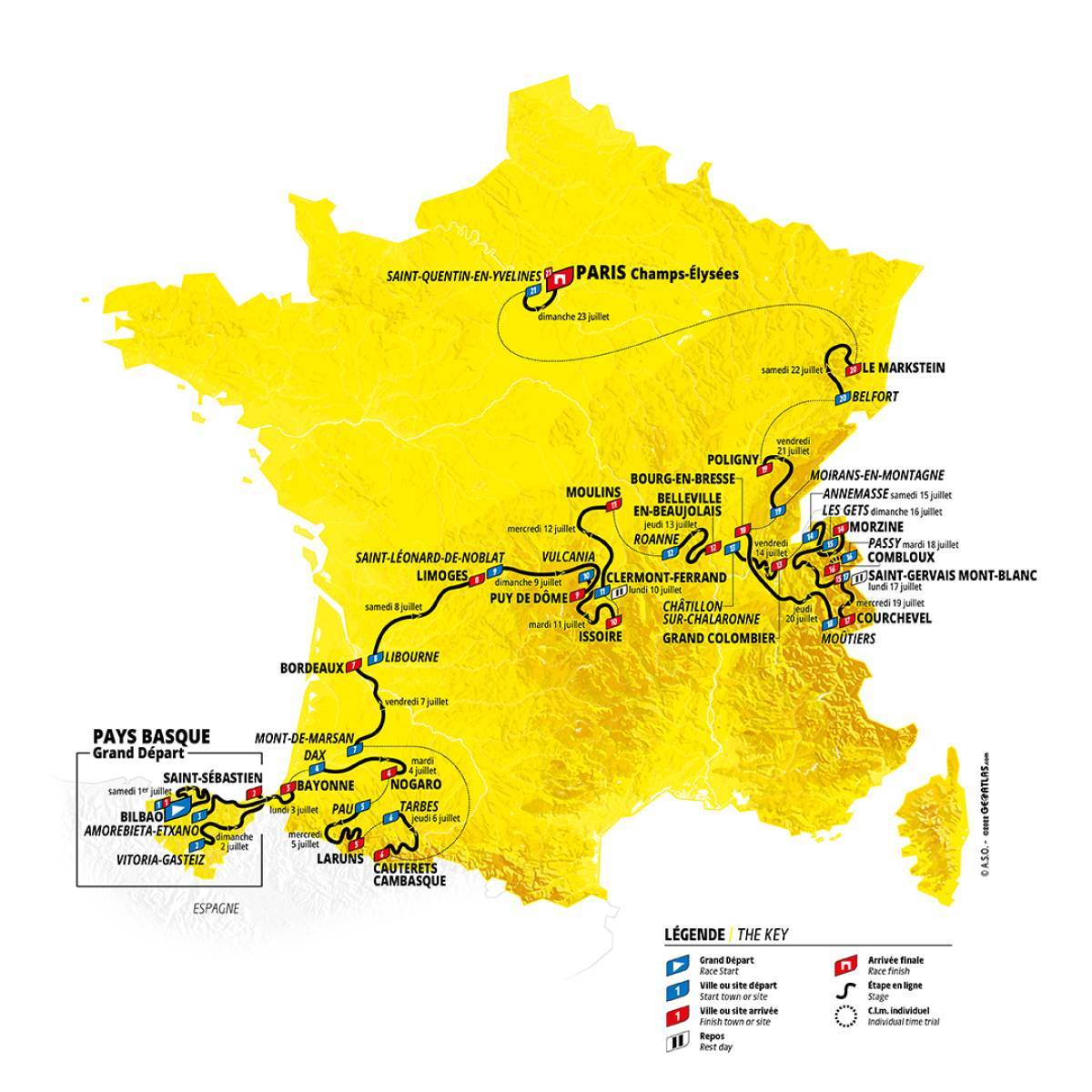 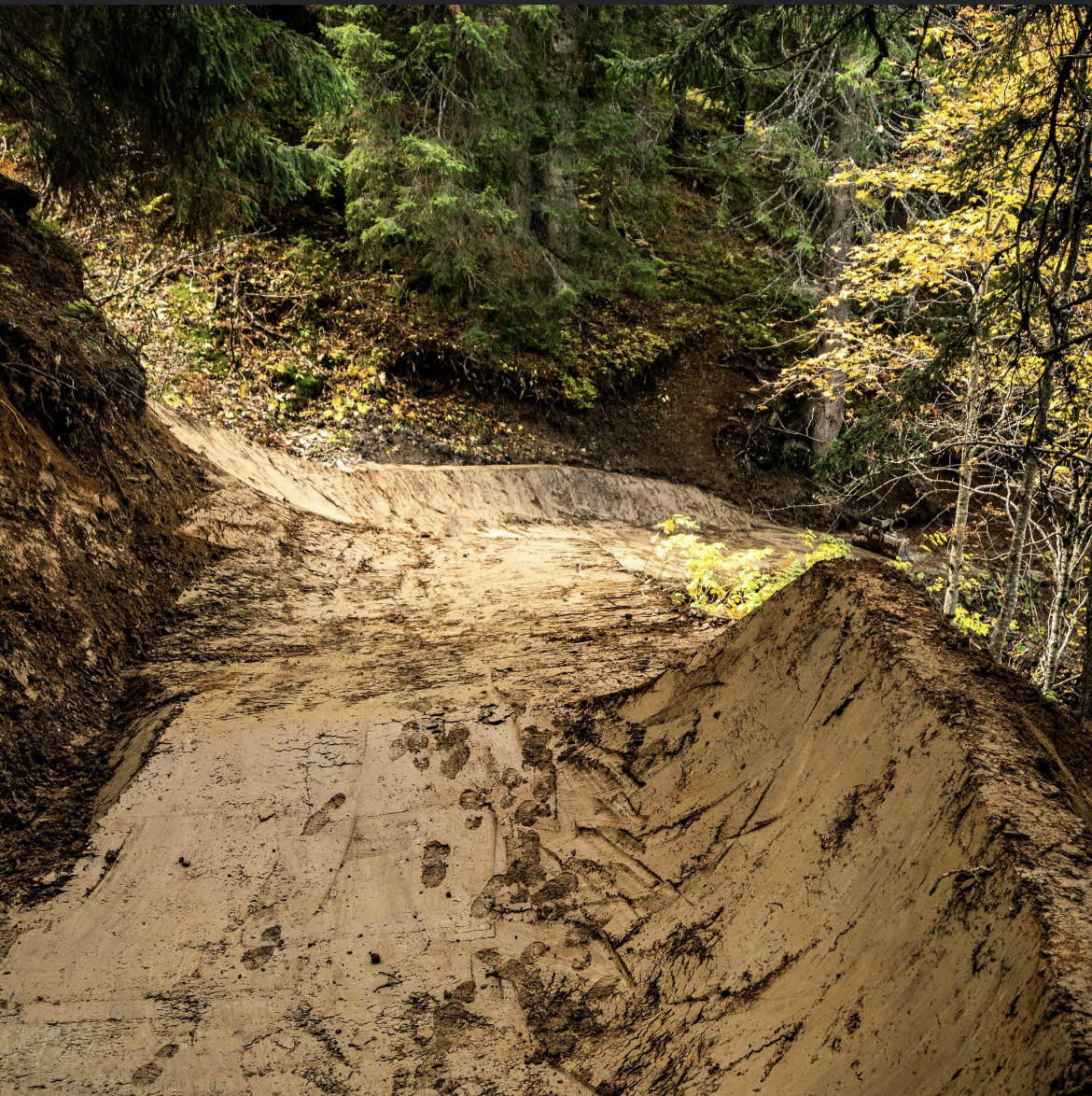 It's confirmed that the World Famous Le Tour de France will return to Morzine for 2023, along with L'Etape Tour de France. Morzine will see the finish to one of the major mountain climbing stages of Le Tour du France on the 15th July 2023. With the Le Tour departing Les Gets the next morning on 16th July. More information on these stages below. For any serious cycling Fan Le Tour Du France is the absolute pinnacle of the sport, some of the Worlds best athletes, biggest and liveliest crowds and they sure know how to put on one hell of a show! Find out all the details here.